Out now! NEXT LEVEL ROCK CHOPS

Get to Know: Lew Thomas 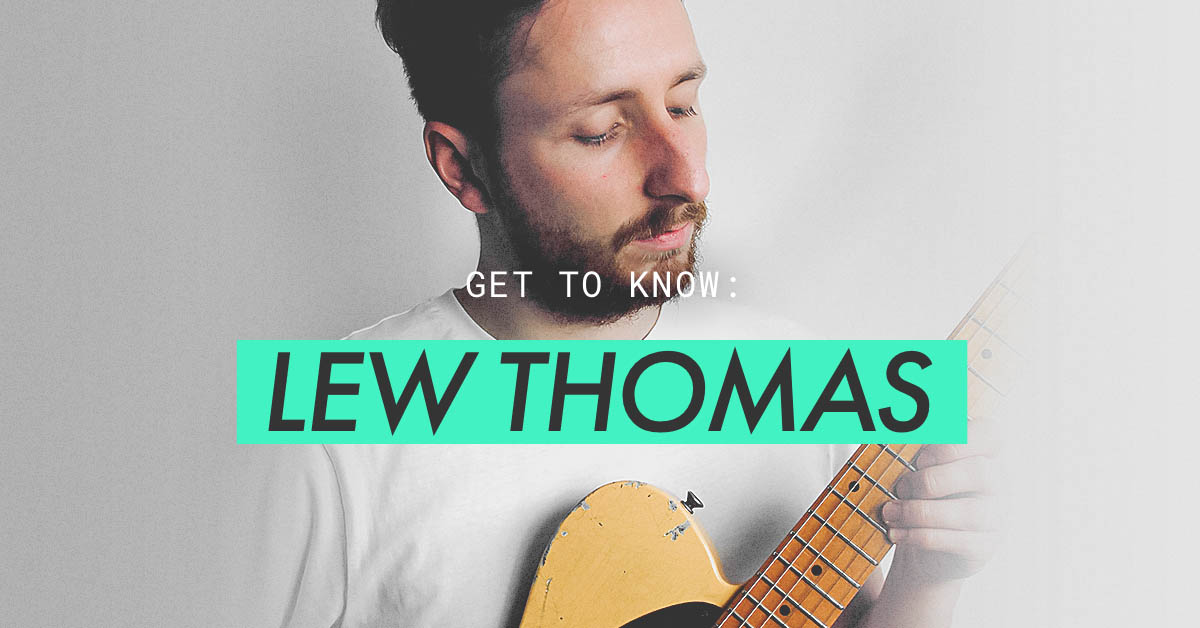 There’s nothing better than finding a hidden gem, but when Lew Thomas got in touch, that gem found us. The first new artist of 2021, Lew has brought his super-clean country twang to JTC and we’re already looking forward to future packs.

But while we bask in the glory of Clean Country Soloing , we wondered why a lad from Derby in the UK has such a talent for the most USA of musical genres.

So to tell you more, here’s the man himself.

The Midlands isn’t exactly a hotbed for country, so how did you get into the style?

While studying for my degree I stumbled across Brad Paisley. Hearing those super-twangy, fast-paced, ear-bending country shreds opened up a whole new world of guitar, and led onto Brent Mason, Albert Lee, Johnny Hiland etc. and I’ve never looked back since! Definitely a far stretch for a Midlands lad!

How would you describe your playing?

I like to think of it as straight up 90’s country style guitar - with a hint of British Blues! I studied blues piano before guitar, and don’t think I’ve ever really shook it off!

What is the main takeaway from this release?

I’m hoping that this course inspires players to find that clean twangy tone that we don’t hear as much these days. From a technique perspective, there’s a lot of country-specific techniques, such as double-stops and bends that players will be able to steal and incorporate into their own playing.

Who are your main influences?

Most definitely Brent Mason and Brad Paisley, however I grew up listening to rock and southern rock, so guys like Jimmy Page, Allen Collins and Steve Gaines had a big influence on my overall musicianship growing up. There’s a few young pickers like Billy Strings and Daniel Donato that keep me inspired every day too!

All the JTC artists blow my mind, but I’ve gotta say Andy Wood. Not just because of his country guitar, but because he’s an all-round monster of a musician! Have you heard that guy’s mandolin playing?! Jeez!

What other topics would you like to explore at JTC?

Find out more about Lew’s JTC debut below!