The A to Z of Blues Improv - new Masterclass from Aynsley Lister.

Get to Know: James Norbert Ivanyi 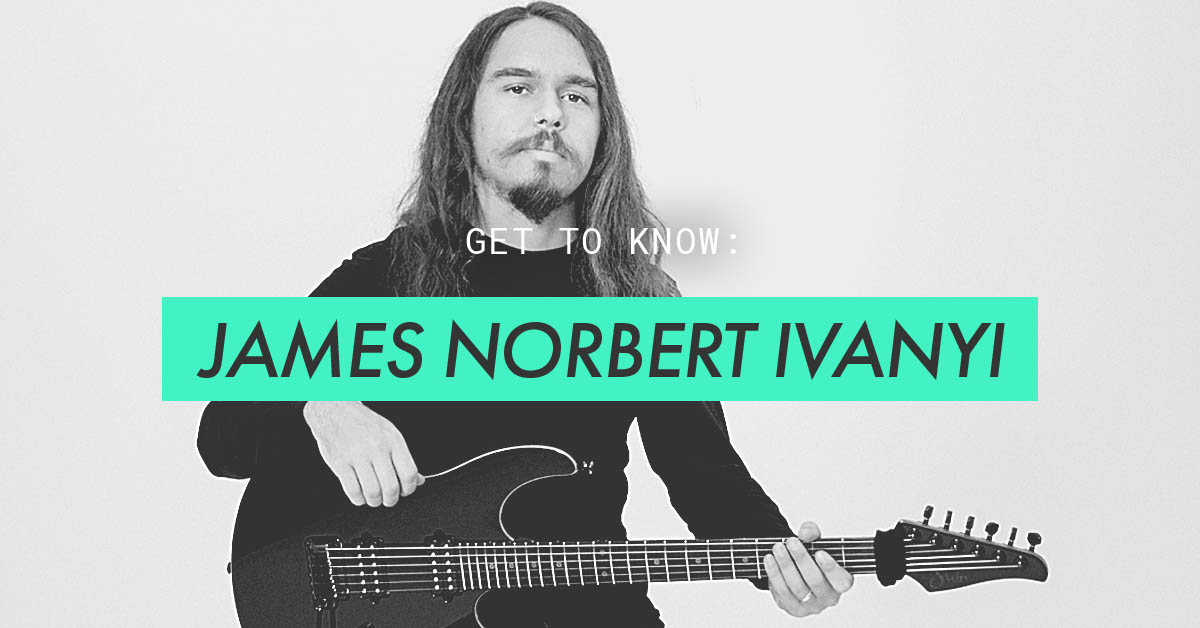 ”The technique, masses of expression on his legato cool Opeth-style chunky riffs.” Straight from the mouth of one of directors and all about Mr James Norbert Ivanyi, one of the latest breed of new artists adding their own flavour to JTC.

James’ debut has proven to be a huge hit with tons of players digging into his signature phrases.

So what’s he all about?

You have such a strong “prog” sound, where did this come from?

I think it came from having a lot of classic rock, progressive music and instrumental jazz playing in my home for as long as I can remember. My father was an artist and musician, and was really into obscure music, so I think that had a lasting impression and normalized the soundscape for me which I naturally wanted to explore myself.

What was the inspiration behind this release?

I wanted to give people the chance to see and learn something directly from me, that is exactly like the kind of music I make - which is something I get asked about all the time. Not just the heavier stuff, but also the slower and fusion side to my playing, which I think is a little less known. There’s a wide variety of phrases in the release that hopefully showcase what I’m all about, and people can get right into it, in the context I do with the original backing tracks.

Biggest takeaway from your JTC debut?

I learned so much about the overall presentation and of how my course would be viewed from the students perspective, and made a lot of calculated choices and revisions to ensure it was versatile, but also accessible to intermediate players. From the get-go I knew I’d have to be careful not to make it too difficult, at least not for the debut.

This release is unique as it has so many different backings, how long did it take to put them together?

I actually started the JTC recording sessions immediately after completing my new record, so I was still very much in the headspace and inspired to keep creating. I think I spent about a week on the bones of each one, then another few weeks on each getting the details and instrumentation right.

Who would you say is your favourite artist from the JTC roster?

I would have to say Guthrie Govan, as I actually mostly discovered him through JTC. He’s had a profound impact on me as a player and I admire his playing and philosophy on subject matter greatly. Of course there are too many great players on the roster to mention.

Of course if the interest is there, I’d like to explore more in the songwriting domain, and demonstrate my linear approach to production and guitar playing, which is something I get asked about often. I’d also like to demonstrate a more advanced phrases collection, and do something similar to ‘signature progressive phrases’ but focused on riffs, instead of phrases.

Check out James’ debut release below!