Get to know: Jack Gardiner 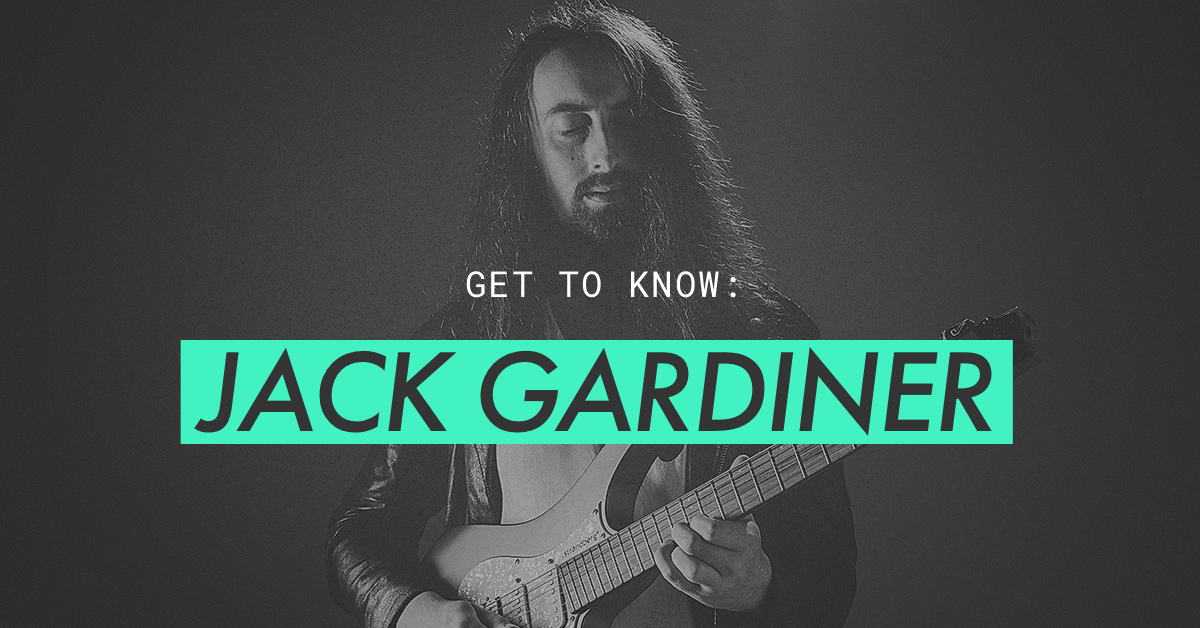 Some JTC releases come together quickly. They find us or we find them, we agree on a release and in a few months time, out comes some killer content.

Other releases take a lot longer. Jack's addition to the JTC roster has taken around 3 years! But now his Bridging Masterclass is here, we don’t really mind. Here to tell us why it took so damn long, and what it’s all about, is the man himself.

Take it away, Jack!

This release has been a long time coming...what took so long?

Too long - hah! In all seriousness, I think it was a mixture of a few things. Firstly, I took a bit of a step back from the online world for a couple of years for a number of reasons but mainly due to gigging/touring commitments. Secondly - I wasn’t quite sure what to debut with. I get asked a lot of questions about improvisation/phrasing/technique based things, but since the whole R&B and neo-soul styles really became popular, a lot of people want to know how to compose in a modern kind of way. I think this was a logical place to start seeing as it’s such a huge topic. Playing chords has become cool again!

It’s not often a JTC artist debuts with a Masterclass, so what’s it all about?

I guess it’s really about understanding harmony, building chords/triads etc. and being able to interconnect these with single line solo phrases. I’ve tried to start right from the beginning with this kind of stuff, covering all of what I believe to be the fundamental aspects of this style of playing. There are of course some technique-based exercises in there, but it’s really about developing a good understanding of what exactly it is you are playing and what you can to do to expand on this - not just playing by numbers so to speak.

You mention in the promo for it, that players from all backgrounds will find it useful, so metal with neo-soul? What do you mean!?

Haha - has this style already been done? Basically, I think that as rock/metal players, traditionally we don’t tend to see chords that are bigger or more colourful than straight major/minor chords and we tend to stick to a couple of shapes that we learn for each of these. What I’ve tried to do with this package, is to help you understand how to create these more complex chords, and how to create way more voicings without just relying on muscle-memory shapes. Watching neo-soul/R&B type playing can seem really intimidating if you’re a rock/metal player that’s not used to seeing or hearing all of the different chord shapes and sounds. The idea with this is to break the mysticism and give you the tools to develop your own musical ideas in this style. Who knows - maybe you could incorporate it into a metal/neo-soul fusion track!

How can you use the ideas learnt from this in a real life context?

Most of the things that I’ve covered in this Masterclass are ideas/vocab/concepts that I have picked up gigging. I didn’t really know what neo-soul or R&B was until I started gigging professionally around when I was 17/18. Lots of the singers I would work with wanted to play D’Angelo/Erykah Badu/Destiny’s Child covers. Luckily, the other guys in the band were all from a Gospel Background so they would absolutely nail this style. The first few gigs were brutal, but just listening and absorbing language helped me to get through it and develop my own understanding of what’s going on. From my experience, Gospel guys are insanely talented players but sometimes they find it hard to break down exactly what they’re doing - it’s just in their blood so to speak. The goal with this package was to do exactly that - break it down.

If there’s one major takeaway from the Masterclass what is it?

Learning just a few triads/inversions can be a game-changer in the way that you compose if you learn to visualise them quickly. It’s something that keyboard players do naturally, but as guitarists we seem to neglect a little. It can sound super flash, even if technically it’s not so complex.

A bit about you, what are you up to right now?

Currently, I’m quarantined over here in Zermatt. Our whole town shut down the day this Masterclass released - hah! Unfortunately, all of my gigs/tours all the way as far as August are being cancelled. On the plus side, it’s allowing me to focus on some cool projects! I’m currently working on my debut original release. I’m unsure whether this will be an E.P./album or a collection of singles, but the demo’s are shaping up nicely. Other than that, I’m teaching a lot over Skype and I’m working with some super talented players on a few different projects - both covers and originals. I wonder how much new cool music we’re going to hear over the next few months with everything being on lockdown?!

And in the future, what can we expect?

I guess a mix of more lesson content! I’ve always wanted to cover more of my improvisation based playing in more of a rock/fusion sense. I think a “Bridging the Gap” volume 2 is definitely in order too. The content covered in this Masterclass is huge but I feel that I have enough ideas/concepts/language to further expand on it. Other than that, I’m always open to suggestions. If there’s something you want to learn, shoot me a message!