Get to know: Igor Paspalj 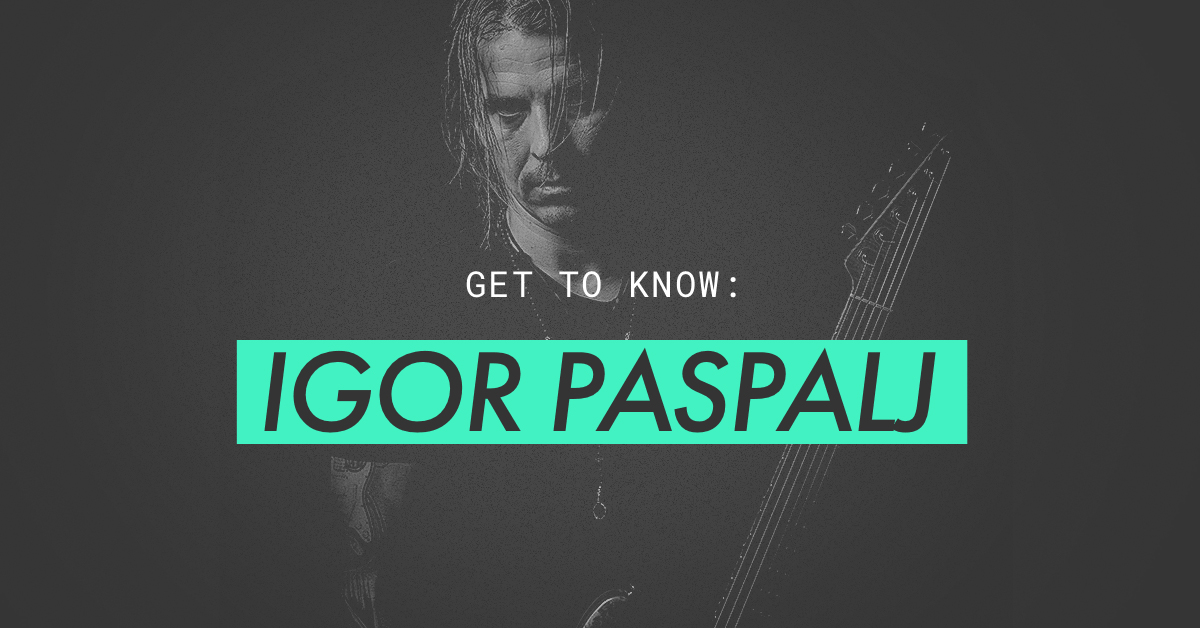 It's got high speed runs, every type of picking you could ask for and is as tight as tight can be. But who is Igor Paspalj?

Before he answers that question, we want to know something...

We've only just taken you on as a JTC artist, how come it's taken us so long?

First of all, thanks for having me as a JTC Artist, I am truly honored!

I guess I never advertised myself that much, and was never very active on social media until recently. I’ve been playing guitar for over 20 years professionally, but I never invested real time or effort to advertise my stuff online to some extent to maybe get eventually noticed by a company like JTC. Luckily, I discovered a JTC “Jam Of The Month'' in December 2019. I entered for fun, and everything kind of picked up from there in a good way!

You became a JTC artist after winning the Jam of the Month, do you think online guitar comps are a good way to get noticed?

Absolutely! In my case, that’s exactly what happened. Even without any ambition of winning it, they are also a great way of just comparing approaches. For example in the JTC “JOTM" where everybody plays over the same track and progression. Everybody can actually improve a lot of things in their own playing; improvisation, musical thinking, and get more creative by just comparing to what other great players do.

Your JTC debut is shred, is that your main thing as a player?

Since early days of me being present in the guitar community, lots of people were connecting me to pretty much shred only, and earlier it was, but it's not my main thing anymore. At least, lately, the last couple of years, I am always trying to expand as a player, leaning toward some fusion stuff, blues, even country. I have my YouTube channel full of all kinds of takes on everything, but it’s a never-ending, and slow journey, and my playing style changes all the time.

What is your top tip for playing fast?

Huh, not an easy question I can give a really short answer, but general principles of starting slow, and gradually building up speed always seems to work. Of course, it’s not simple as that. There’s a ton of little details and variables included. Having proper technique, relaxed left hand, efficient practice routine, smart practice routine, consistency, and most importantly, patience.

There’s also one thing that I discovered and helped me a lot over the years, which consist of practicing slowly combined with shorter bursts of much faster tempo for the same licks, and rocking back and forth between those two extremes, gradually increasing tempo. You can almost compare it to the P90x gym fitness program!

But that’s maybe a topic for some extensive lesson, or even a Masterclass.

Who are your inspirations?

If we are talking about guitar players, too many too count. But besides obvious guitar legends, and we all know who they are, I am very inspired lately by players such as Guthrie Govan, Mateus Assato, Greg Koch, Tom Quayle…again, there’s more, also too many to count!

Who is your favourite JTC artist?

Well, there are so many great players at JTC, it would be hard to choose only one, but that guy Feodor Dosumov is absolutely from another world! What a player! I am enjoying his playing so much lately, and I am not sure how I failed to get to know about him until just recently. Absolutely shame on me for that.

What next for you at JTC?

Some projects are already aligned for the near future. Beside that, I would like to eventually develop some form of extensive Masterclass about improving technique, efficiency, different practice routines, and a lot of little tips and tricks all related to developing clean and efficient guitar technique that helped me over the years. According to messages I am getting over social media, apparently, that's the main thing that people want to know from my side. Let’s see what the future brings.

Watch the full playthrough of "Full Throttle" below!