Get to Know: Rohan Stevenson 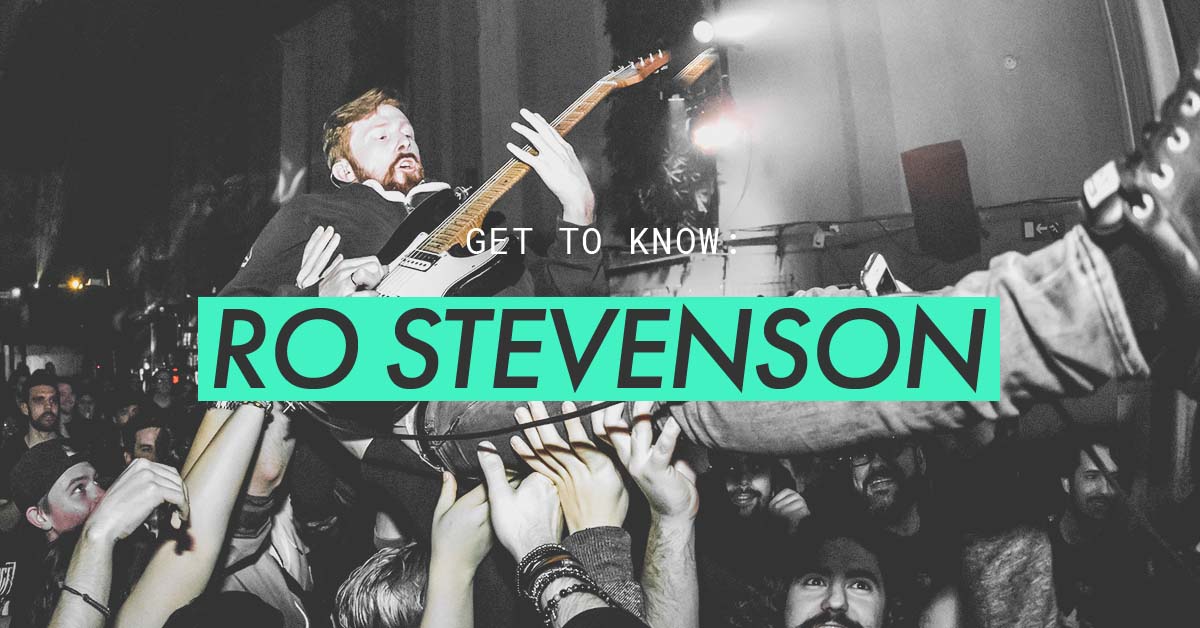 2021 has a lot of JTC debuts lined up. The second of which was our first ever Australian artist, Ro “I Built The Sky” Stevenson.

Learn to Play: The Fire Inside has proven to be an incredible debut filled with modern rffs, big melodies and even a guest spot from fellow JTC artist, Olly Steele.

But what’s it all about?

What is The Fire Inside about?

Andy wrote all the lyrics and later told me it was written about his experience with the tour bus we shared after there were a lot of issues in his bunk and being insufferably hot most of the time. Bit of tongue in cheek but a source of inspiration all the same.

You’re known for being an instrumental artist, so what made you want to get Andy and vocals involved?

It all started after meeting the Monuments lads on a tour early 2020, and us really hitting it off as friends along the way. Since I am an instrumental artist I always get people curious to see what would happen with a vocalist and love to tell/ask me about it in my comments... so I decided that I’d try it out and who better to have sing than Andy? He nailed it beyond nailing it in my opinion.

What was it like working with Olly Steele for the solo?

That is the absolute THE LAST TIME I’m working with that lad, that’s for sure!!!

For real, Olly is a one of a kind artist and his skills are phenomenal, he was able to get the solo happening with ease. I really admire his focus to detail that makes his sound what it is. We had discussions during the process and I could tell how deliberate every note is, I think this is the type of attitude that elevates an artist. Inspiring guy that’s for sure.

And how hard was it to learn that solo?

Oh yeh, this was a challenge, many phrasing ideas that are far from comfortable to my playing so I took a bit of time familiarising myself with the tricky licks. For me, I tend to use the drill approach and just drill and drill a lick until it starts to represent the sound I need. I didn’t count the time it took. But I’m glad there’s likely gonna be a lot of time before I need to perform it.

This is your JTC debut, so what do you want people to get out of it?

I’m most passionate about composition, so I hope people get inspired to create and incorporate some of my ideas in their compositions. Especially things like layering and stacking chords to create a sound like I did with octaves and chords. I also hope they get new chord shapes and sounds to play around with too, I really love experimenting with new shapes and sounds. Sometimes one nice chord can inspire a whole section of music.

I love this question. I remember finding Guthrie Govan through JTC with his song ‘Fives’ which just made my jaw drop to the floor, I still watch that video because of how incredible it is and how musical as a composition it is too, I think a lot of players are next level at guitar, but it takes even more dedication to bring those skills into a great composition in its own right. Guthrie has this in spades. Hope to meet him one day.

What have you got planned for the rest of 2021?

So since touring is out of the question I’m planning to spend most of my time writing and recording new music. I have 3 new releases planned including an acoustic album, a collab EP with Jake Howsam Lowe and my own follow up to my last album The Zenith Rise. I’m definitely inspired to be prolific and get more music out there and try and continue to grow my music out in the world.

Any idea for future JTC releases?

Absolutely, I think in the next one I do (lord willing I am invited back 🙏)

Likely an instrumental one where the focus is on the instruments 100% I love creating interesting and tricky riffs with some sort of twist to it and I think that’s something that people may get a lot out of in future.

Check out Ro in action with his playthrough of the track.