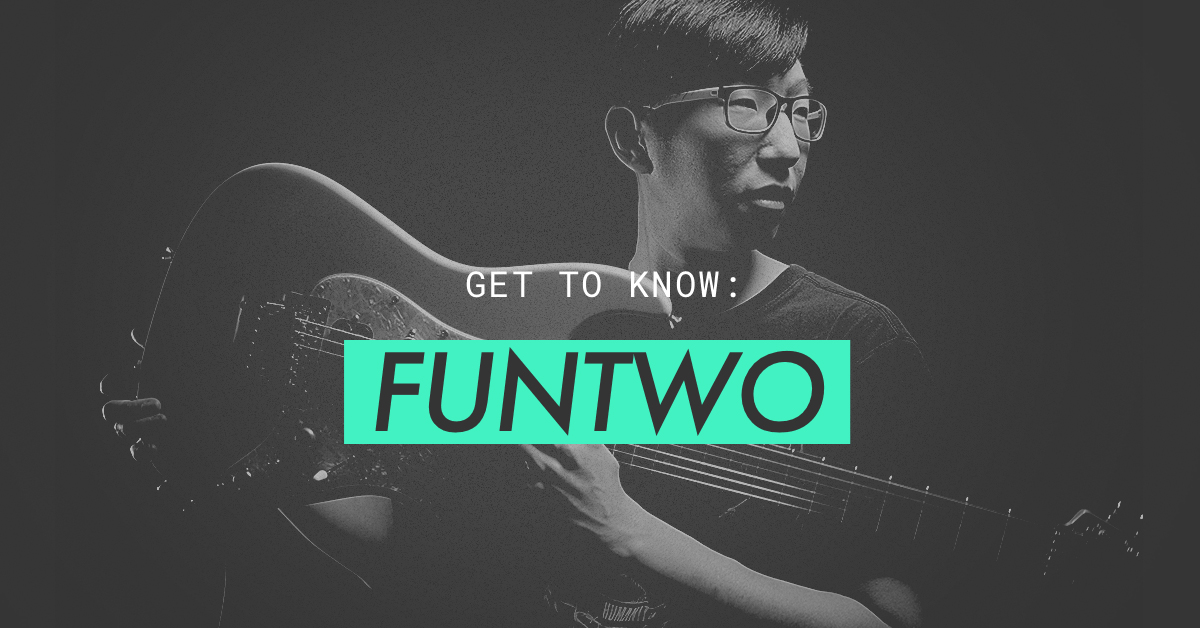 In 2005 a video was uploaded to YouTube that would go on to inspire people from all around the world to pick up their guitar and play. That video was “Canon Rock” and was performed by South Korean viral legend Funtwo.

Now a JTC artist with a brand new track on offer, we thought we’d get to know him a bit more.

So here he is, Funtwo.

Q: How did you get into playing?

I went to a school camp back when I was 14 and a group of older students with acoustic guitars were playing a cool riff of a song and I fell in love with the sound of the power chord right away. I realized the riff they played was from ‘Smells Like Teen Spirit’ a few years later. Anyway, coming back from the camp I grabbed a guitar that was stored away at home in the storage and started this journey.

Q: How would you describe your style?

Music with nice melodies! Some of the songs sound like the soundtrack of a video game or anime. I love listening to Bach, Vivaldi and 90s Pop Music. And probably the melodic aspects from those styles may have been influencing me largely.

Q: Canon is of course what launched you as a guitarist. Are you keen to move on from that or is still very much a part of you as a player?

The Canon video kind of forced me to start this career and I feel so grateful about it. Canon Rock is a wonderful rendition, it certainly had a big impact in my life and I still enjoy playing the piece. However I wish my originals could resonate with people as well, since I put more passion and effort to my own stuff nowadays.

Q: What was the inspiration behind the track "Story"?

Thank you for asking this question. There was a period of time last year, when I kept thinking about the fact that every single human being has a different background and unique story. A little random, but I felt diversity and variety is so awesome! And this music I was writing at the time, sounded to me like it was portraying a story of a person. In addition, I added a section in the song that is played with an Indian instrument called Bansuri. It was a fun experiment and I’d love to work with other world instruments in future tracks as well.

Q: What guitars are you playing with right now?

In recent years I’ve been enjoying my Tom Anderson guitars. I still often play the ESP guitar appeared on the Canon video which I’ve been playing for 16 years.

Q: You of course know about viral guitar videos, what’s your opinion on the current crop of viral players such as Manuel Gardner Fernandes, Nathaniel Murphy or Charlie Robbins?

Every time I find these new viral players, I’ve been amazed by their unique style, super chops and musicality. To me the rising players are… are on point with every aspect. Foreseeing the future, I see even more ‘scary’ musicians coming continually. It could be led to some competition but I would rather see it as a fun way to enjoy the different styles. As a guitar fan, I appreciate these artists on the various video platforms as I can easily enjoy their music.

Q: Who are your biggest influences?

People who are passionate about something are the main influences for me to create something. And good music certainly motivates me to make music. Reading a good book is also a big part, as I feel like it gives me some artistic insights.

I respect Jack Thammart’s music and himself as a wonderful human being. Marco Sfogli always blows my mind with his music and insane technique. Recently I’ve been enjoying Kit Tang’s beautiful music. I’ve been learning many practical insights from Al Joseph's videos. Last but not least, Jason Kui is such a talented musician and nice dude to hang around.

Any idea for the future with JTC?

20 Melodic Licks would be fun. I’d also love to make Learn to Play packages of my future originals.

Q: Before you go…

A huge thanks to Funtwo for taking the time to answer our questions! Check out his JTC debut and let us know what you think.