Get to Know: Damir Puh 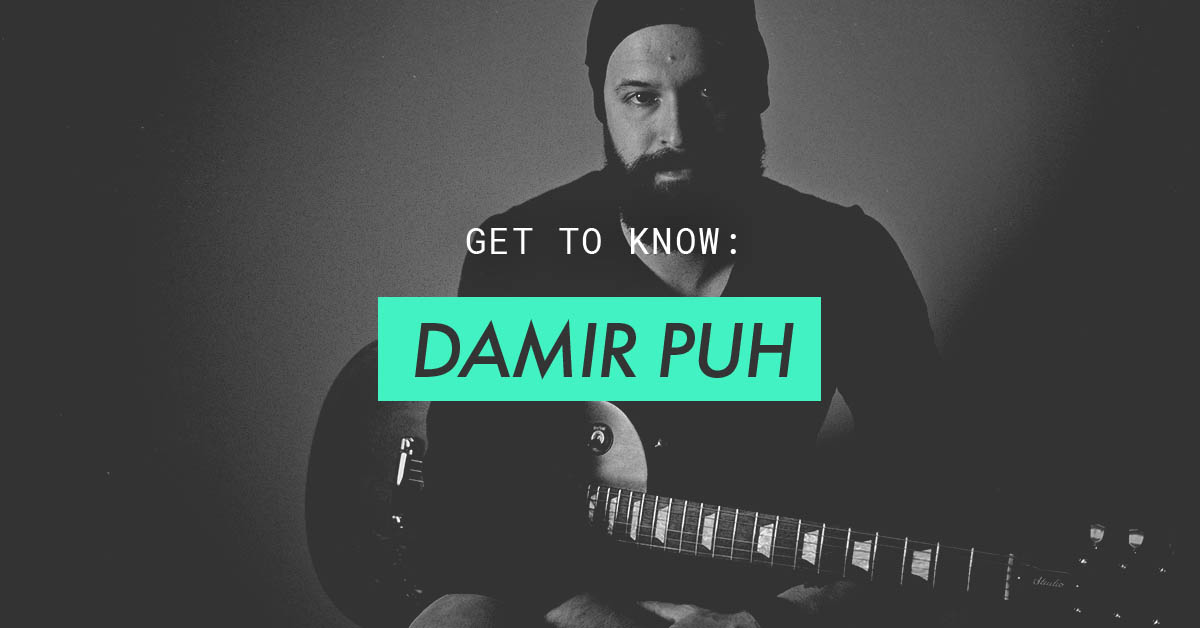 When Damir Puh first got in contact with JTC it was about backing tracks, and we were instantly wowed. So much so that we put out Just Jam Riffy Rock on our platform.

But when we saw him jamming on his backings on Instagram, we wanted to get him in front of the camera. A killer player, a fantastic backing writer and a dab hand at a mixing desk.

This is Damir Puh in his own words.

How much of your experience as a producer comes through in your playing?

It certainly adds another dimension for sure! Music production teaches you to focus on the things that matter the most, helps you understand the bigger picture and how to maximize the value of what you play in the context of a song. After working with artists in many different genres, I started recognizing patterns of what works and what excites people, especially outside of the guitar circles, so naturally, those conclusions started to creep in my playing in one form or another.

In practical terms, it means a lot more emphasis on sound, groove, timing and the general approach and vibe, while still harnessing the typical guitar fireworks and using them as a powerful tool.

What was the main inspiration behind this release?

I wanted to do a lesson pack aimed at intermediate rock/metal players that already have a good grasp of the most common techniques, phrasing, and theory and want to take all that to the next level. I also wanted to make sure the material is still rooted in the usual rock form so it makes sense to anyone trying to tackle it, without having to alter the way they play and approach the instrument too much. And finally, one of the main ideas was creating specific licks that would not only be cool enough to play “as-is”, but that also feature multiple concepts that could be further developed and pushed in any direction.

What is the biggest takeaway from it?

For me, the general idea, intent, the way something’s played is just as important as the notes that are being played. Hopefully, I represented that element in this pack enough, so even players outside of the rock genre will find some of the concepts in Rock to Prog useful and inspiring.

The term “Prog” in the pack title goes well beyond the genre description – it’s more of an idea about viewing things differently rather than merely describing djent happy licks you can copy-paste into your next solo (although you can do that as well – just make sure to film yourself and tag me :D ).

The backings on this are crazy good, will we see more like this?

Thanks! I’m currently working on a whole new set of backing tracks in a similar style to those included in the Rock to Prog pack, and beyond. Lots of down-tuned, odd time & polyrhythm-based grooves along with other prog amenities will be included! Good backings are always inspiring to play over and I enjoy making them, so you can definitely expect more of those in the future.

And could you go back to your Riffy Rock debut and play some stuff over that too?

Riffy Rock backings cover a lot of ground as they were written with the idea of leaving a lot of space for a different interpretation. So yeah, I could see myself using them to create some cool new content.

Who is your favourite JTC player?

With all the talent on the JTC roster, it would be impossible to narrow it down to a single artist. Guthrie Govan is the obvious choice, but I’ll have to include Josh Smith and Daniele Gottardo in my personal top 3 - all very different players that I enjoy listening to, and that make me want to pick up my guitar and practice!

Slower, melody-focused playing is one of the topics that I’ll try to cover in the future. There’s a lot of lesson material on the topic, but usually in a traditional context, so I think it would be interesting to approach it from a different viewpoint.

Riff, writing, guitar lines/parts arrangement, general rhythm guitar concepts – all interesting topics that would make a great lesson pack in one form or another.

I’m way overdue to release new material as a solo artist, so track demonstrations could also be an option.

Watch Damir in action as he shows off a number of lines from his 20 Licks pack.